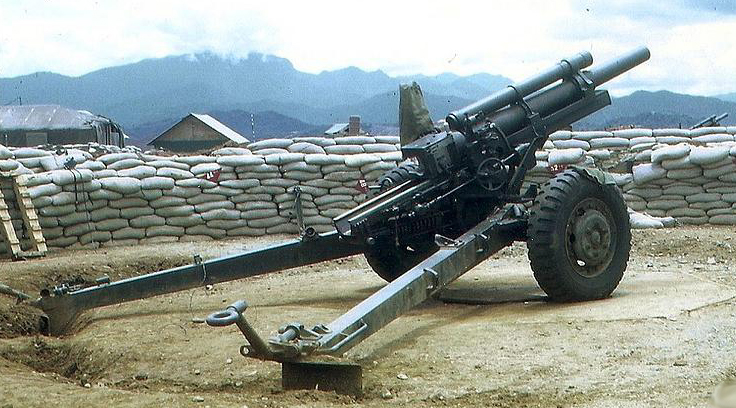 Lt. Col. Bruce Holbrook, commander of the 2nd Bn., 9th Arty., "Mighty Ninth," fired the 200,000th round that the artillery battalion has sent on its way since its arrival in Vietnam.
The ceremony took place recently at Btry. B, nearly 13 months after Gen. William C. Westmoreland, commander of U.S. forces in Vietnam, fired the first round of the "Mighty Ninth" to   be fired in Vietnam by any artillery unit of the 25th Inf. Div.

At the recent ceremony, the executive officer of the battery, 1st Lt. William H. Farmer Jr., (KIA) of Fayetteville, N.C., loaded the round into the gun which Col. Holbrook later fired.

{Webmaster's Footnote: The very first round (Westmoreland) was fired at "C" Battery.}