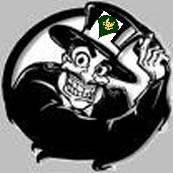 Home of "Speedy Four, the Magician"

I have always contended that if you survived the Jungle Operations Course (JOC), better known as the Jungle Expert School at Ft Sherman down in the Canal Zone, you should be given constructive credit for going to Vietnam.  There was nothing at that two-week crash course in jungle survival that came close to the rigors of Vietnam, minus the live-firing exercises, of course.

Well, survive I did and there was a plane reserved to take us graduates right from training exercises we completed directly to the graduate level course: the Republic of Vietnam.  But wait!  Some combat-ready unit took priority and we lost our plane.  Oh, boo-hoo.  We didn't even get any compensation for being "bumped".  But, I must say a 30-day additional leave back in the States until they found another plane wasn't too bad a deal.

Boeing must have been low on inventory and all military aircraft spoken for back in the mid-1960s.  The plane assigned to deliver me to Vietnam was located at Ft. Dix, New Jersey.  Okay...now follow me closely here...my orders had me flying out of my hometown of New Orleans to Ft. Dix, New Jersey.  The next stop was San Francisco, CA.  I never was too proficient in geography, domestic or foreign, but I did know that a plane ride from New Orleans to San Francisco was certainly a more direct route than "New Orleans - Ft Dix, NJ - San Francisco".  Maybe the Army wanted us to appreciate the conditions in Vietnam by sending us to Ft. Dix first.  Or, maybe the Air Force spun a top with various destinations printed on it and Ft. Dix kept coming up.  In any event, that's the route we took.

After re-fueling in SF, it was on to Hawaii.  How romantic!  Never have been there before in all my 22 years of walking the earth.  Great anticipation, naturally.  Well....we arrived at midnight...everything was pitch black.  You could see exactly nothing out of the Honolulu Air Terminal windows. They could have told us that we landed in Hong Kong, or Fiji, or Tahiti...we wouldn't have known the difference.  Next stop...Okinawa.  They let us off the plane in Okinawa, but security was very strict.  "Keep in line...no pictures...don't leave the terminal".  Maybe they were developing the next generation of nuclear weapons there, I don't know; their "welcome" mat was turned over obviously.

Next stop...Cam Rahn Bay.  The pilot circled the entire area before landing.  It was the first glimpse of anything we had seen in daylight in many hours.  Off the plane once again...we are reporting to a place called "Camp Alpha".

The first protocol of reporting in to any new duty station is to present your set of orders.  I quickly learned that I was not the only soldier given 25 copies of the same sheet of paper to bring when reporting in.  Maybe it was to notify everyone from Gen Westmoreland on down to the local village chief that the FNGs had arrived.  Maybe it was to be used for spitballs in case the supply of ammo ran low.  In any event, we were told by a "Speedy Four" inside a ramshackle building made of plywood, galvanized sheet metal and chicken wire to stack our sets of orders in  piles on this very l-o-n-g counter.  We all complied; someone obviously put "Speedy" in charge of incoming administration and he was cocksure of himself.  Upon completion of this directive, the result was many neat stacks of paper placed next to each other. It formed a long line like one you'd see on a bar in a Texas-sized watering hole.

And now......PRESENTING...."Speedy Four, The Magician"!!!  Our straw boss proceeds to position himself at one end of the counter and pushes each and every stack of orders into a gigantic trash barrel positioned at the opposite end.  Then he announces...with magnificent authority..."You'll go where the units need you!"  And we were dismissed for the day.

I can only guess that "Speedy Four" really got his jollies pulling that little stunt with every planeload of incoming arrivals.  The message, of course, was clear.  We were the expendable replacements there to fill vacancies...both temporary and permanent.  Welcome to Camp Alpha.