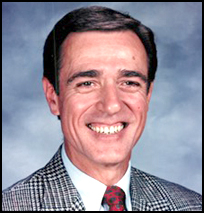 George Skluzacek, 76, of Apple Valley died on Friday evening, June 23, 2017 after a year-long struggle with pancreatitis and pancreatic cancer. Born March 1, 1941 in Lonsdale, MN, George was a loving father, a joyful and tender grandfather, and a treasured friend and guide to many. He shepherded generations of Edina High School students through the uncertainty and intensity of adolescence and was brave, hopeful, and wise to the end, though he faced many great challenges and losses throughout his life. He served our country bravely and proudly in Viet Nam, earning two Bronze Stars and a Purple Heart. What he experienced there haunted him daily, but every setback deepened his humanity and increased his empathy.

George was preceded in death by his parents, George A and Betty Skluzacek, his wife Linda, his sister Betty, and brother Edward. He is survived by daughter Marta (Brian) Drew, stepson David (Joanna) Poinar, and step daughter Lisa Poinar. George's five adoring grandchildren: Sofia, Viktor, Henry, Caroline, and Elizabeth will all miss his playful teasing and steady devotion. His nieces and nephews, many cousins and friends, especially Kathy Furtado, will also no doubt feel this loss for years to come. George's family is grateful for the kind support of the staff at Fairview Hospice, who so patiently and respectfully cared for him at the end of his life.

In lieu of flowers, memorials preferred to the donor's favorite charity. Funeral service Thursday 11 AM at Mary, Mother of the Church in Burnsville; private burial at Calvary Cemetery in Lonsdale. Visitation Wednesday 5-8 PM at White Funeral Home in Apple Valley and also one hour prior to service at the church.

I served with him in A Battery FDC from Feb 68 to June 68. Lost track of him after that.  Notable LZ's were Incoming & Mile High.
George was wounded and awarded two (2) Bronze Stars.